In Boston, Savin Hill/Malibu Beach was completely covered with water

From Connecticut up to Maine, high tides and a powerful storm surge brought coastal flooding Friday, shutting down major roads.

Friday's storm was bringing a potent mix of powerful winds -- in some places reaching hurricane force -- and heavy rain.

Stretches of Rhode Island's Atlantic coast were seeing heavy flooding. Providence engaged its hurricane barrier in response to the high water, while several other cities, including Narragansett and Portsmouth, closed streets that were being flooded by the storm.

In the Boston area, a stretch of Winthrop Parkway in Revere was closed as a floodgate was engaged, the Massachusetts Department of Conservation and Recreation said.

Massachusetts State Police warned of closures along the North Shore, including in Lynn and the Nahant Causway

And in Boston itself, Savin Hill/Malibu Beach was completely covered with water.

In Portland, Maine, streets flooded and docks rose to the level of their piers. The National Weather Service issued a rare hurricane-force wind warning for parts of the southeastern Maine coast Friday morning.

Further south, there was moderate flooding in parts of Stonington, Connecticut. The New York City area saw flooding as well.

As crews work to repair damages caused by the winter storm, another surge of wind and rain is likely in the late afternoon.

Inland flooding was possible amid all the rain as well, with downpours putting some rivers at risk of overflowing their banks.

What's driving all this flooding? A mass of cold air that's been unleashed from the Great Plains and has manifested into an immense storm. After it passes and as the wind dies down, temperatures will plummet. 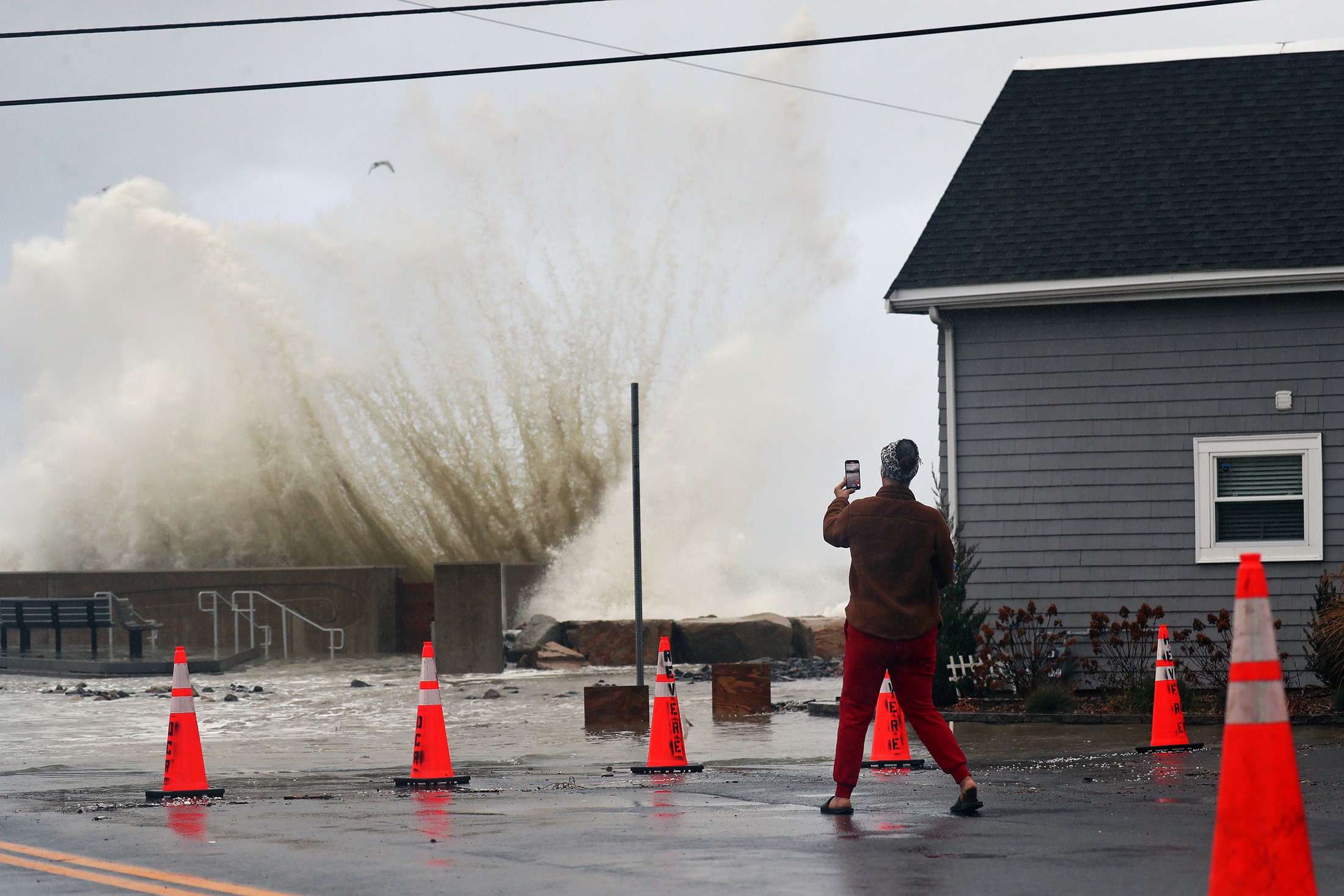 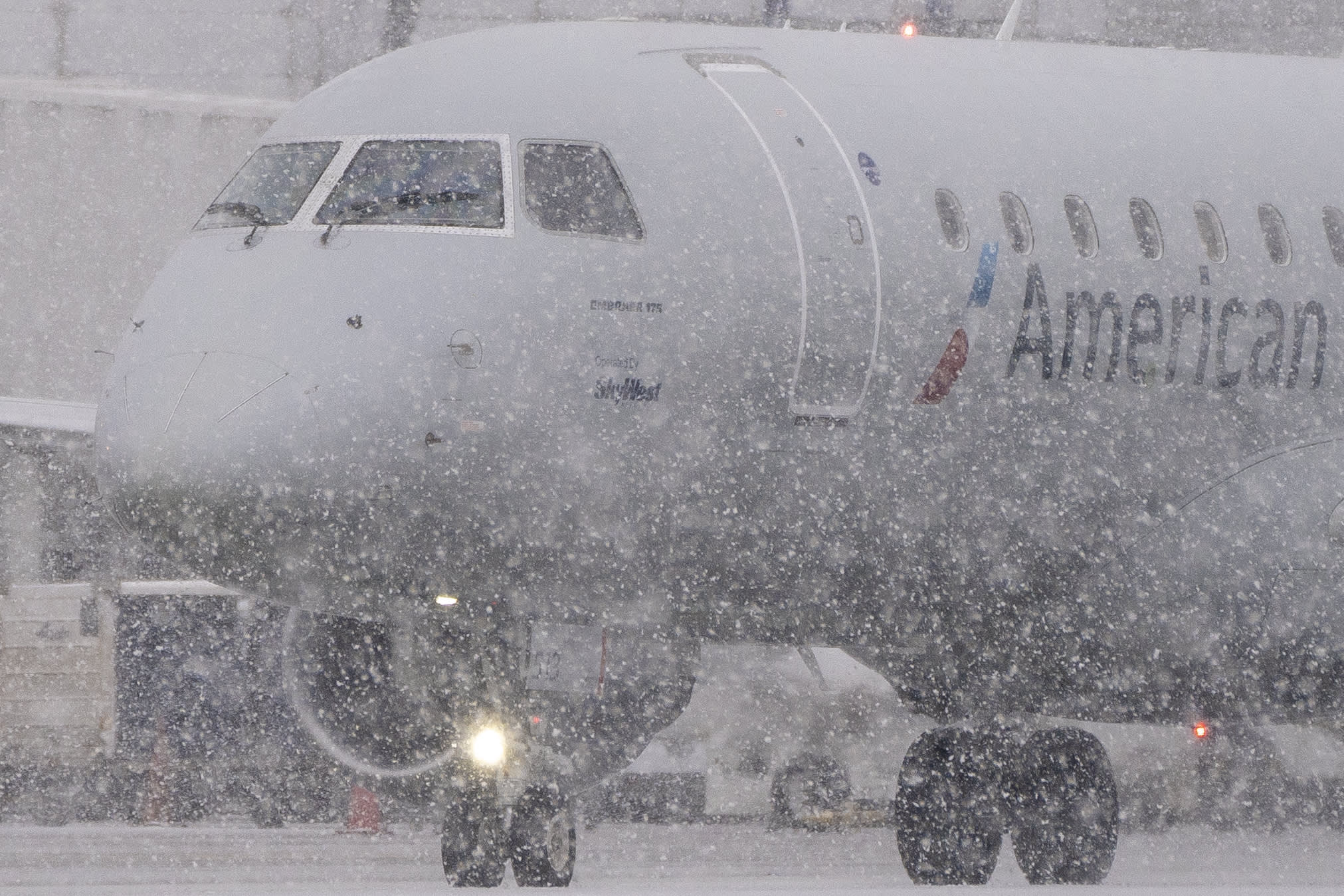 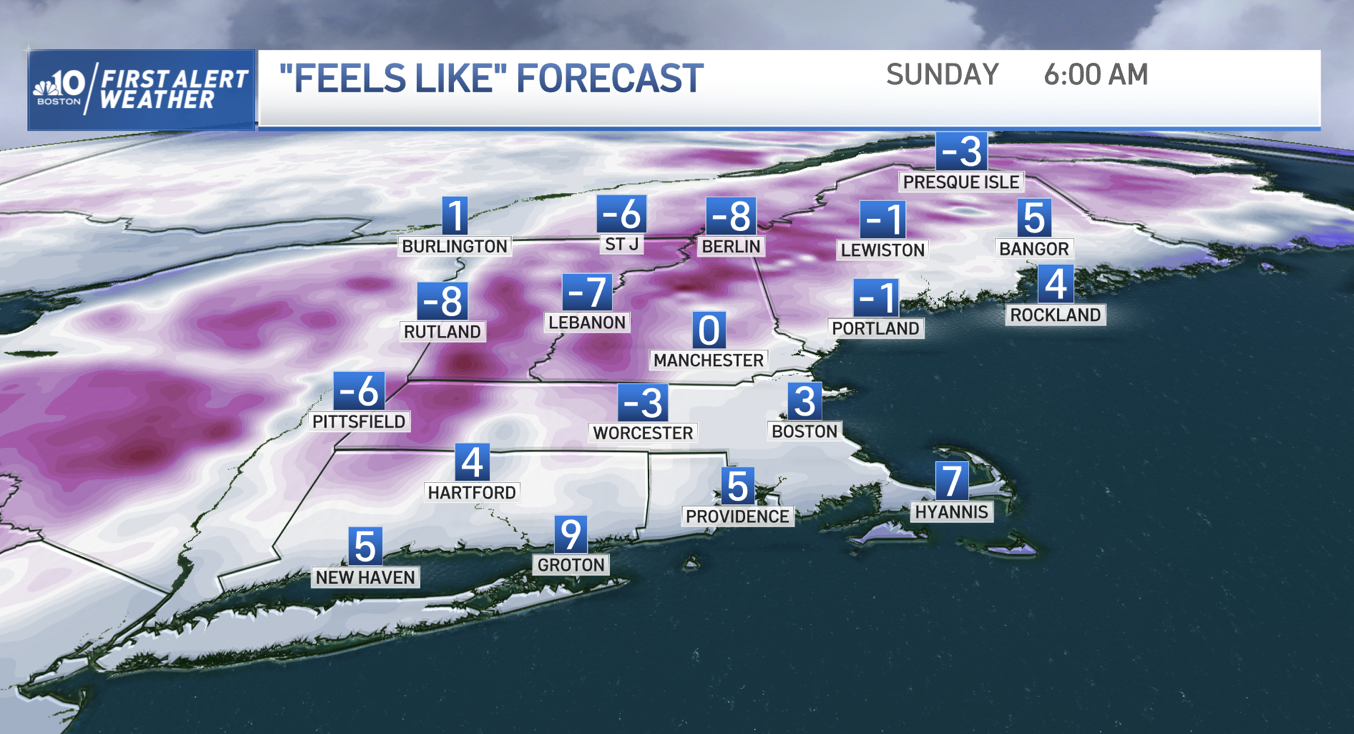