The owner of a dog kennel in Rowley, Massachusetts, has been charged with 40 counts of animal cruelty after an investigation that started when a herd of goats was found walking along Route 1 last month.

April Bernhardt, 40, of Rowley, owner of The Hydrant Regency on Route 1, turned herself in to police Wednesday and was charged with 39 counts of animal cruelty by custodian and one count of animal cruelty. She was arraigned later in the day in Newburyport District Court.

Prosecutors described the moment on Aug. 27 when police found 37 dogs living in cramped conditions in a trailer.

"They observed wire crates lined up next one another," said Assistant Essex County District Attorney Meredith Underwood. "There were mattresses across the top of the crates, which were being used as storage; there was an AC unit on the wall, but officers noticed that it was not turned on; they did not notice any water accessible to the dogs in those crates."

Investigators did not like what they found and shut down the kennel. It has remained closed since Aug. 29

"Some crates had multiple dogs inside to include dogs of vastly different sizes. Dogs that were bigger in size did not appear to have enough room to stand up in the crates or turn around," said Underwood.

As word spread of the investigation, police say several people came forward saying their dogs had been found with sores and worms after being boarded at the kennel in the past; two families said their dogs had died there.

Police and animal control investigated, in collaboration with the MSPCA and the Animal Rescue League of Boston. The FBI's Evidence Response Team also joined the investigation last week, helping to search the property for evidence of dead dogs.

Bernhardt's attorney says there haven't been reported issues in the past, and that even the Town of Rowley has a contract with the business to house strays.

"Not once in all of those years has an animal control officer either brought it to Ms. Bernhardt's attention, flied a report of neglect or misuse, or had an investigation conducted," said defense attorney Ted Cranney.

Her attorney disputes much of the evidence, saying that fans were operating, that only siblings were crated together, and that there's no evidence any dogs were injured or dehydrated.

"Was it inhumane? I would suggest not in the animal control officer's opinion, since it specifically says it was determined the animals were not in distress at this time," said Cranney.

Bernhardt was released on bail. She and Cranney declined to speak with NBC10 Boston about the case.

The Hydrant Regency previously posted on its Facebook page that “we’ve had a lot of things going on here at The Hydrant Regency.” The post also mentioned “an electrical issue that needs immediate attention,” and that it will be closed until further notice for “kennel improvements.”

A former customer of The Hydrant Regency told NBC10 Boston a horrifying story about her experience with the kennel -- one which she said nearly killed her dog and left her with about $6,000 in veterinary bills.

Jillian Aurigemma of Wilmington said she boarded her two dogs there while on vacation in in New Hampshire in July of 2021. She said when she picked up the dogs, one of them had a serious wound near his tail.

She said the dog, Busy, now 4, ended up with a serious infection that nearly killed him. Although he survived, veterinarians were not able to save his tail, which had to be amputated.

The FBI is joining police in Rowley to investigate a kennel over animal cruelty concerns.

"Pretty just traumatic situation all around," she recalled. "He had a severe wound on his tail, at which point we were told the infection had to have progressed at least three or four days."

She said she immediately reached out to the kennel owners, but didn't get anywhere.

"They pretty much brushed it off as if it was a minor injury, and it had just occurred moments before we picked him up," she said.

Aurigemma said that veterinarians estimated that the wound had been there for at least a few days.

More on the Rowley investigation 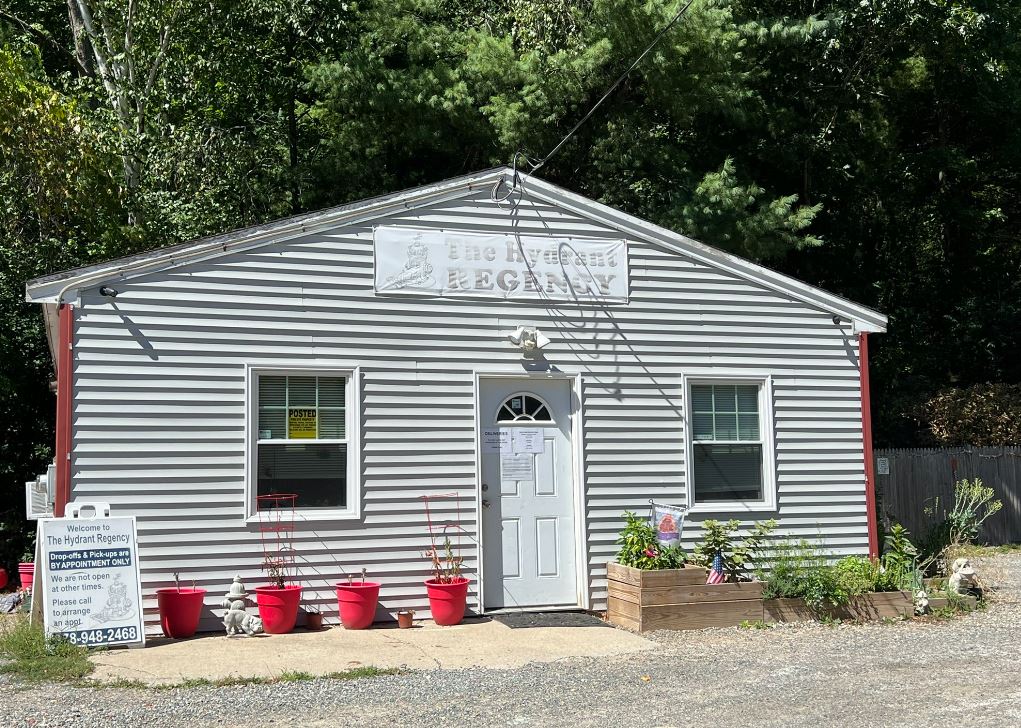 FBI Involved in Investigation Into Conditions at Rowley Dog Kennel