Revolutionary War Vets' Plots Among Those Eyed for Removal From Crumbling Vt. Cemetery

Work is underway in one town in Vermont's Addison County to protect the remains of some of this nation's original war veterans, which have been at risk of washing away forever.

"I would say this cemetery, of all the ones I have worked on -- I've worked with literally hundreds of cemeteries -- that this is the most at-risk cemetery I've ever had," said Tom Giffin, the president of the Vermont Old Cemetery Association.

Giffin was referring to the Stow Cemetery in Weybridge, where archaeologists have an ongoing project to remove remains and headstones to protect them from the effects of erosion.

Josiah Clark, who fought in the battle of Bunker Hill during the siege of Boston early in the American Revolution, is among the people buried in the cemetery.

Other early veterans from the Revolutionary War and War of 1812, as well as their families, are interred in Stow Cemetery, Giffin said.

The cemetery sits along the Otter Creek and has slowly been crumbling into the water. Flooding on the creek has worsened that erosion, Giffin noted.

Some headstones and remains already did wash away. A 2018 photo provided by University of Vermont archaeologist John Crock shows just how close to the edge one marker was. 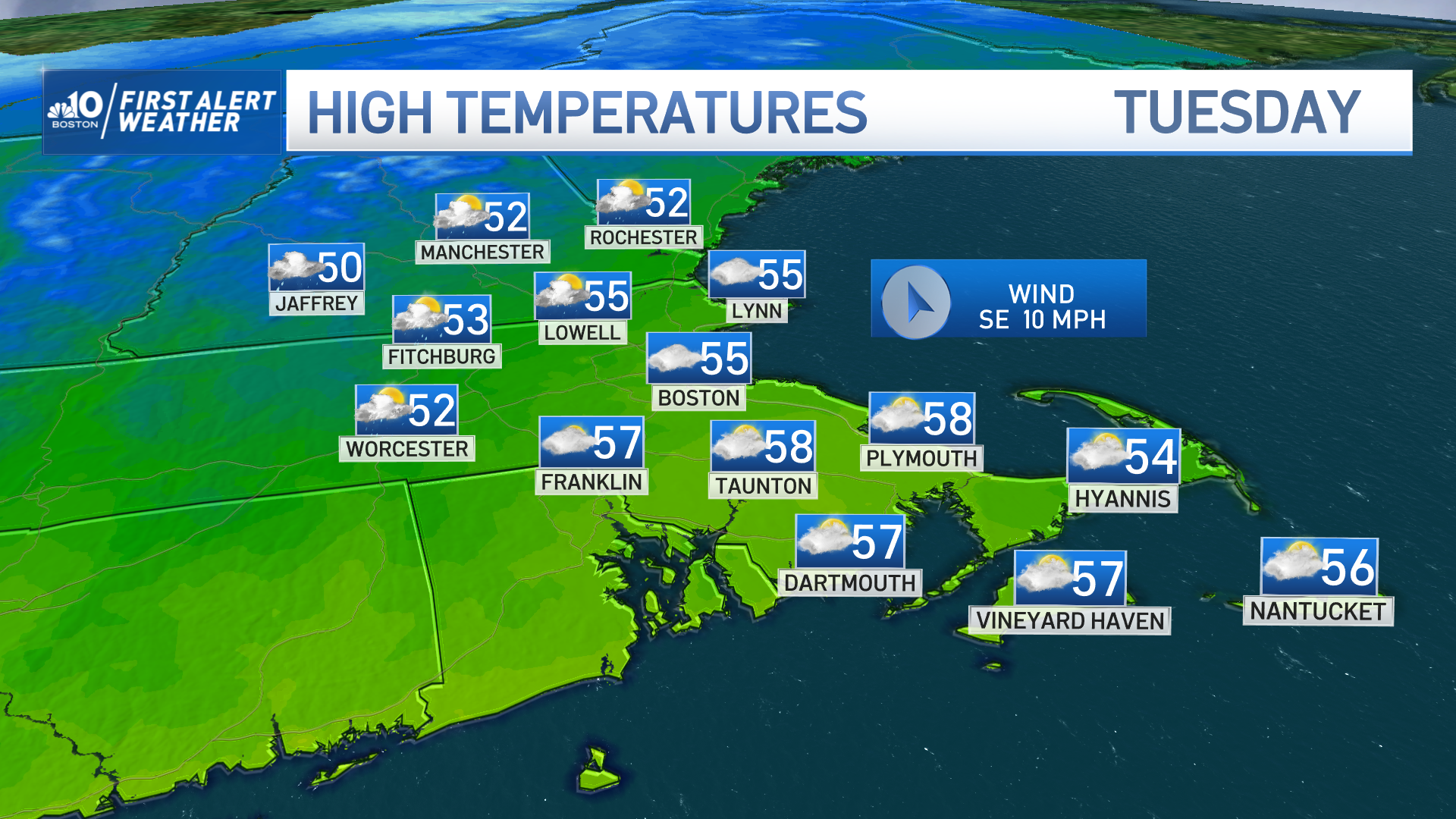 Temperatures to Warm to Mid 50s During the Midweek

The body of Clark, the Bunker Hill veteran, has already been removed.

To save 20 or so others buried at the site, as well as wood and metal remnants from their caskets, archaeologists and students from UVM are slowly and solemnly digging.

Crock, the project leader, said the group wouldn't be doing the work if it weren't for the serious soil loss.

"Certainly, with respect to human remains, [it is] very, very important to leave them in place, if possible," Crock explained. "But this is clearly an ongoing threat."

Ava Cardarelli, a UVM senior studying anthropology and neuroscience, said contributing to the project has been a valuable hands-on learning experience.

"Just because we didn't personally know these people doesn't mean that we shouldn't care about what happens to their remains," the student said. "And I think that's really important to keep in mind. This cemetery is a big part of Vermont's history, and to just allow the bodies to be washed away -- I don't think that's right."

It will take a few years to remove all the remains, Crock and Giffin noted. The plots most in danger are getting attention first.

The plan is to re-bury at least two people with full ceremonies and their original markers in another historic cemetery in town next spring, Giffin said.