Surging Blackstone River Floods Part of Northbridge: ‘This Is Nuts'

Northbridge Police Sgt. Brian Patrinelli said, “I’m just keeping an eye, if I see that level really start to rise quick, then we know to shut everything down because this whole area will flood pretty quickly.”

The remnants of Hurricane Ida churned an angry Blackstone River Thursday, cresting the banks and flooding the Rockdale section of Northbridge, Massachusetts.

“I come out and I’m like, 'oh my god, it’s in my backyard,'” said Wendy Rogers, also of Northbridge.

Aerial footage showed the magnitude of the flooding from above – where it’s difficult to tell where the river ends and neighborhoods begin.

“At this point it’s just a waiting game and kind of crossing our fingers and going oh man I hope we don’t have to use those pumps today because we don’t want to!” Connor King of Northbridge said.

Basement flooding was a big concern as the water was coming in faster than sump pumps could spit it back out.

Gary’s Variety owner Rick Patel said, “We’ve got two pumps and they’re trying to keep up but the river’s just building into the building.”

The floodwater impacted eight buses that were parked in a lot on Lexington Street, but only three of them were in service, officials said. The other five were used as spares.

Fire pits looked like kiddie pools and parking lots became ponds, stranding some cars that didn’t get out of the rising floodwaters in time.

John Brooks of Northbridge said, “It was fun pulling cars out from next door, cars that don’t run, going over there, jumping them in water all the way up to your knees.”

“That green dumpster was behind the building, next to the other dumpsters and now they’re strapped it to the telephone pole because it started floating away,” said Northbridge resident Jeff Pichel.

NBC10 Boston also spotted a water snake slithering up to this business’ back door -- an unusual sight that didn't seem to phase 14-year-old Dylan Brooks.

The water even crested onto Route 122, and with the river continuing to rise, police are set up to shut down the street if it gets much higher.

Northbridge Police Sgt. Brian Patrinelli said, “I’m just keeping an eye, if I see that level really start to rise quick, then we know to shut everything down because this whole area will flood pretty quickly.”

The concern is that dams upstream may be opened, which would unleash a lot more water here. 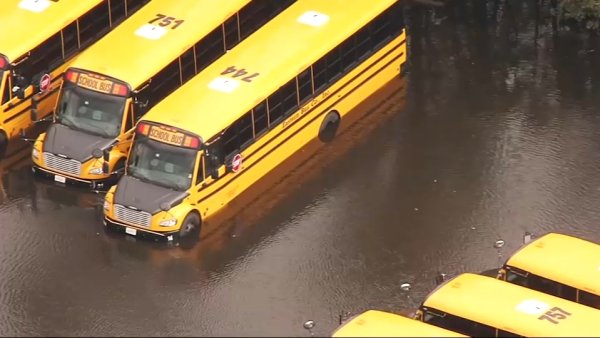 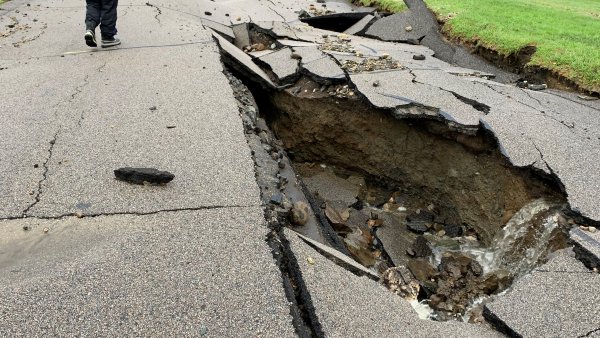