Researchers are looking into the mysterious appearance of scores of hemlock wooly adelgids, an invasive insect, in Maine last summer

This is a story of inky feet, an invasive insect that self-clones and what researchers say appears to be an unprecedented event, not recorded anywhere else in the world before.

According to a recently published research paper, the cause is traced to an insect that is roughly the size of a black pepper flake, the hemlock wooly adelgid.

“We weren’t able to find records of this happening before,” said Allison Kanoti, a state entomologist and director of forest health and monitoring for the Maine Forest Service.

During a Thursday interview with NECN/NBC 10 Boston, Kanoti explained that the foot stains likely stemmed from the adelgids being crushed onto the skin of beach visitors as they walked, which then combined with a blood-like compound inside the insects, which turns a darker color after they die.

As for where the adelgids came from, Kanoti says it is difficult to hypothesize where exactly they may have come from before they were blown out to sea.

However, observations about what Kanoti estimates were millions and millions of adelgids falling from the sky, were made thanks to recollections of an eyewitness.

A Massachusetts boater reported to state and federal researchers that he had seen the insects seemingly raining from the sky around the time the instances of inky feet were reported.

While the pictures of the stains are eyebrow-raising, scientists are more concerned about what the large presence of this adelgid species means for Maine’s hemlock trees. 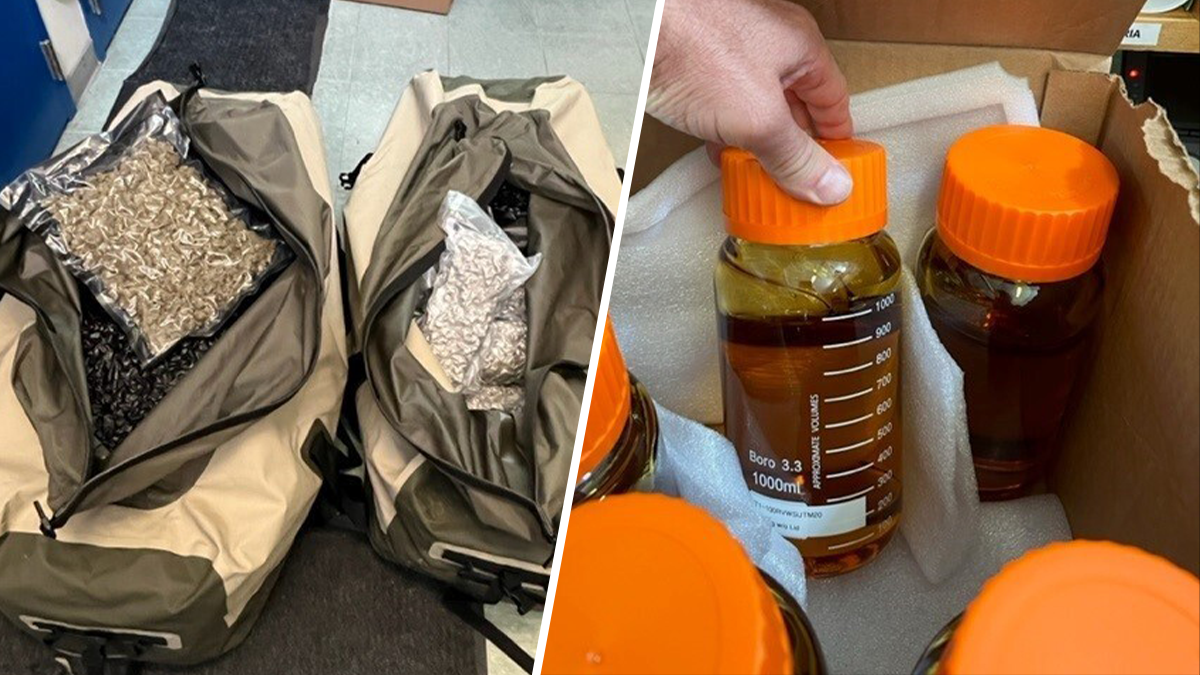 The insects eat the trees, which can kill them, resulting in physical changes to natural areas like warming waterways caused by a lack of shade from the trees.

"It’s hard to think about how to restore an ecosystem like that," said Kanoti.

Climate change could also bring warmer winters to Maine, which could proliferate the adelgids because they die off in colder weather.

"If the winters keep getting warmer, we may see this more often," said Nathan Havill, a research entomologist with the U.S. Forest Service, who, together with Kanoti, published the research on the stained feet phenomenon.

Because of the risk of what the adelgids could do under both current and more favorable weather conditions, Havill said that the federal government is undergoing an extensive effort to control the species, which is invasive in the northeast but native to the Pacific Northwest and Asia.

One possible solution may be introducing a species that eats hemlock wooly adelgids.

"We’re trying to look at predators that feed on this insect in its native range," said Havill.

As researchers look at what options work best, they’re hopeful that people will send them new pictures if they get inky feet this year.

Kanoti explained that more information can give scientists a firmer starting point to get answers to the remaining questions behind this phenomenon.

"We really rely on the public for help," she said.