Wu released a video in three languages -- English, Mandarin and Spanish -- to announce her candidacy after spending nearly seven years as an at-large city councilor. Wu is running on a campaign message of a "people-powered" transition to new leadership in Boston’s executive office.

“We’re in an unprecedented time as Boston faces a pandemic, an economic crisis and a national reckoning on systemic racism,” Wu said in a statement. “To meet this moment, we need leadership that matches the scale and urgency of our challenges.”

"This is about building a movement to make sure that every community's voices are heard, and that we are exercising bold, urgent leadership for the city," Wu said at the event.

Wu changed her political committee's purpose from running for city council to running for mayor on Monday, according to the Massachusetts' Office of Campaign & Political Finance, and documents from an auditor at the state office indicates that she is registered to run.

Speculation has swirled about whether Wu would run -- Walsh told The Boston Globe this month that Wu was planning to enter the race next year, prompting some criticism for stealing Wu's thunder ahead of her own announcement.

According to the Globe, Walsh told the paper that Wu herself had said she planned to run during a courtesy call. A representative for Wu didn't confirm or deny the news at the time.

Walsh has yet to announce whether he will run for a third term.

Boston Mayor Marty Walsh wouldn't say if he plans to seek re-election next year, a day after he told a reporter that At-Large City Councilor Michelle Wu informed him she is planning to run for the city's top office.

Wu will be hosting a series of community events in different neighborhoods throughout the week to engage with Boston residents. On Tuesday, Wu will be greeting residents and transit riders at Nubian Station in Roxbury at 5 p.m., followed by a supporter stand-out at Allston/Brighton at 5:30 p.m. and a house party at 6:30 p.m.

“Business as usual has been failing Bostonians since well before the pandemic, and COVID-19 has exposed and exacerbated deep inequities across our city,” Wu said. “In this moment of crisis, it’s not only possible but necessary to reimagine community-based leadership with the vision and conviction to act.”

“We can build wealth in all our communities, value public education, plan for our neighborhoods, invest in housing we can afford and transportation that serves everyone, truly fund public health for safety and healing, and deliver on a city Green New Deal for clean air and water, healthy homes, and the brightest future for our children.” 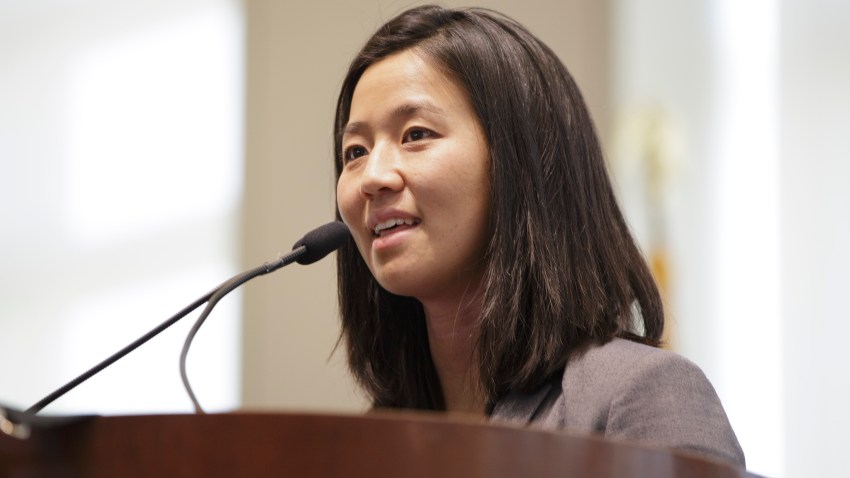 Michelle Wu to Run for Mayor Next Year: Report