Snow to Develop Overnight, Will Make for Messy Morning Commute

Howling winds rattled windows - and a few nerves - Sunday night as the final wave of gusts swept through southern New England before midnight.

As for the rest of New England, the wind continued into the early morning as our weekend storm slowly pulled away. Cold continued to funnel in, as well.

Temps on Monday will sit slightly below normal areawide as we turn our attention to the next storm system moving through the Ohio Valley. 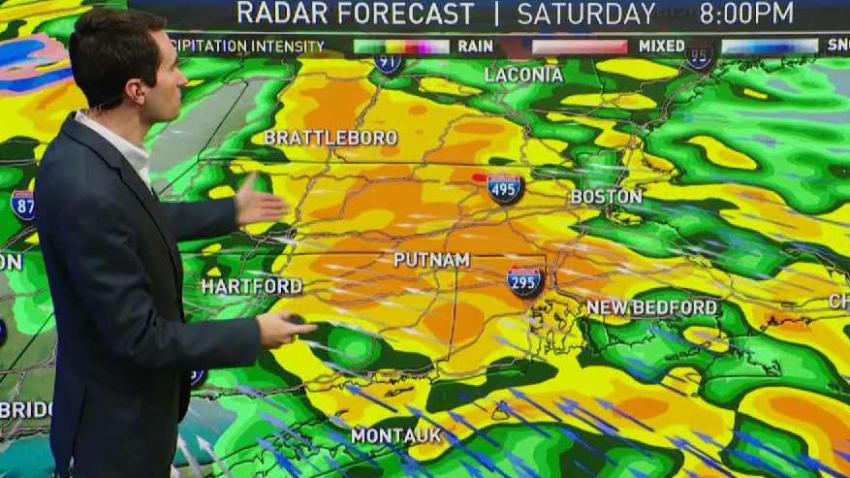 This one is neither strong nor loaded with snow. In fact, the initial wave of snow over Cincinnati overnight has collapsed under the weight of our weekend storm and should slide harmlessly to the south Monday.

We’ll see plenty of clouds as a result, but the skies should stay free of any flakes.

It’s a different story towards morning Tuesday. The first pulse of snow should be arriving predawn across western New England and spread east through the early morning hours. It promises a sloppy, slow commute as the steady pacing puts down the first coating in many spots south of a line from Concord, New Hampshire to Biddeford, Maine.

While the track of the storm – along Long Island Sound and through the Vineyard - would signal an all-snow scenario for much of New England, the middle atmosphere has other plans.

A tongue of above-freezing temperatures will glide along the Mass. Turnpike and change us over to ice or mix from Boston to Worcester and west to Hartford during the day. This could potentially glaze over roads, decks, sidewalks and cars in the form of freezing rain and/or sleet.

While the storm winds to a close in the early and mid-afternoon, there will be residual delays and complications for the evening drive as well.

This isn’t winter’s only act this week. After an arctic front swings through with a few snow squalls Wednesday afternoon, bitter, numbing air will finish the workweek Thursday and Friday. We’ll wake to wind chills below zero on Thursday morning with temps that struggle to make 20s in the afternoon.

Cold should relent into next weekend as we await Mother Nature’s next move into Christmas week.