High pressure east of New England and a system approaching from the west will allow for southerly winds to kick in today providing the area with milder temperatures.

A stray shower still can’t be ruled out across southeastern New England and into downeast Maine this morning through this afternoon, but most of the area will remain dry.  With rain in the forecast Sunday night into Monday and colder temperatures to follow, today would be my pick to rake up as many leaves as possible from your lawn! Temps will range from the low to mid 50s south, in the 40s north.

A cold front will arrive tonight with some rain showers which will stick around right through the late afternoon hours on Monday.  It doesn’t look like we’ll see too much in the way of rain, perhaps 0.25” to 0.50” of rain overall, but it will be enough to slow down travel a bit, especially during the Monday morning commute.  Also, watch for some ponding on the roadways where leaves may be clogging storm drains, it doesn’t take much!  Lows Sunday night will mostly be in the 40s, Highs Monday in the 50s southern New England, 40s northern areas.

Behind the front, we’ll see the coldest blast of air we’ve seen around here this season, but it will be short lived!  A biting Northwest wind with temperatures in the 30s and 40s across the region will bring wind chill values into the upper 20s to low 30s during the day Tuesday!  A few flurries and snow showers are likely across the higher terrain of central and northern New England as an upper level system passes through, building afternoon clouds may yield a stray flurry south. 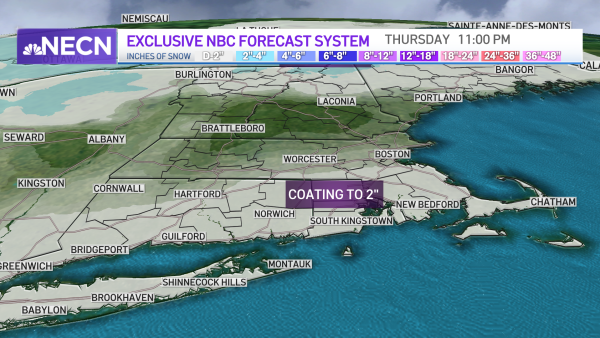 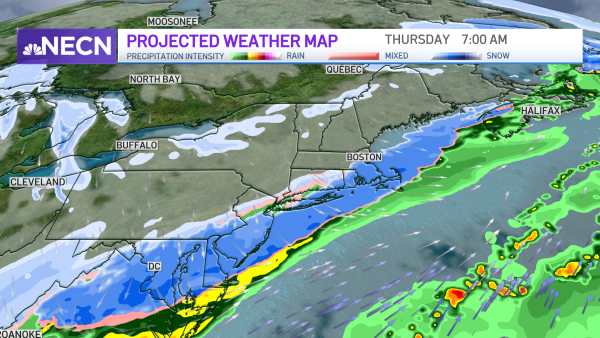 As of now, it looks like the busiest travel day of the year (Wednesday) is going to be cool and dry with temps mostly in the low to mid 40s south, upper 30s to low 40s north.  Thanksgiving Day is looking good as well with slightly milder temps and continued dry. Highs around 50 south, 40s north.

Have a great Sunday!