New Hampshire is ordering Merrill Lynch to pay $26.25 million in fines and restitution to the state and to an investor, the former Governor of New Hampshire, who claimed he suffered losses at the hands of a former Boston-based broker, to settle allegations including unauthorized and excessive trading.

It is the largest monetary sanction in the state's history and the second largest FINRA settlement in at least a decade.

Merrill Lynch, which is a subsidiary of Bank of America, was also cited for failure to supervise and ordered to maintain compliance undertakings specifically put in place to address the compliance failures uncovered by New Hampshire's investigation.

The state's investigation found that Kenahan "traded without authorization, mismarked trade confirmations, excessively traded stocks and Initial Public Offerings, over charged commissions, and inappropriately traded inverse and leveraged products," according to the press release on Monday. 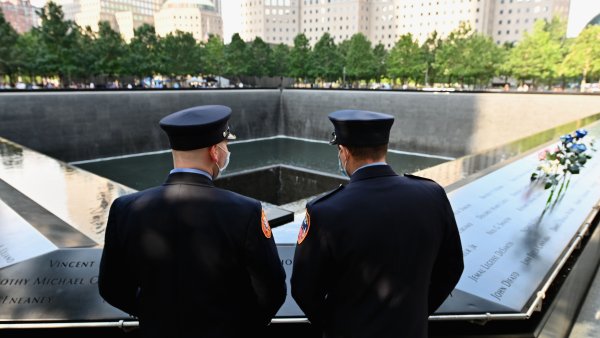 A Key Deadline for a 9/11 Relief Program Approaches. How Survivors Can Apply for Relief

The misconduct, according to the state regulator, led "to high commissions for Merrill Lynch and Kenahan and heavy losses for the investor."

"This case is about an abuse of trust committed by Merrill Lynch and Kenahan," Jeff Spill, the deputy director and head of enforcement for New Hampshire's Bureau of Securities Regulation, said. "Ultimately, Kenahan's recommendations benefited Kenahan and Merrill Lynch and not the investor," Spill said.

"We have enhanced our policies and monitoring systems over the last several years to more closely monitor certain types of client account activity," a spokesman for Merrill Lynch said in an email to CNBC.

CNBC first reported in July that New Hampshire state authorities were investigating the Boston-based Merrill Lynch and at least one former top broker over customer complaints of alleged misconduct that resulted in staggering losses. At that time, the state regulator had approached Merrill Lynch with its findings and settlement talks were underway.

"Investor #1" is Craig Benson, the former governor of New Hampshire, according to sources familiar with the settlement who could not be named due to the nature of the non-disclosure agreement.

In CNBC's original investigation, Benson said he had alerted the state securities regulator after he filed a FINRA arbitration claim against Merrill Lynch and two of the firm's former brokers, Kenahan and Dermod Cavanaugh. The allegations included excessive trading, unauthorized trading, overcharging commissions, failure to supervise and breach of fiduciary duty.

Benson alleged in his claim that the widespread misconduct resulted in losses of more than $50 million and market-adjusted damages of over $100 million.

"I certainly didn't sign a document and say it's OK to steal from me," Benson told CNBC. "This is a fight I never chose," he said.

The settlement with New Hampshire securities regulators will also resolve Benson's pending FINRA arbitration case which was filed in February 2019.

FINRA's BrokerCheck system data indicates that the $24.25 million settlement is the second largest involving an individual claimant out of over 29,000 in the last decade, according to Craig McCann, the founder and principal of Securities Litigation and Consulting Group.

The largest settlement was also made by Merrill Lynch, when the firm paid out $40 million to Robert Levine, who co-founded Cabletron Systems with Benson in the early 1980s. Prior to the settlement, Levine had filed a FINRA arbitration complaint against Merrill Lynch and Kenahan alleging he had sustained damages of more than $100 million due to, among other things, his accounts being relentlessly churned.

In 2019, after the case went to a final hearing in front of an arbitration panel, but before that panel announced its decision, Merrill Lynch decided to settle with Levine.

Kenahan's attorney declined to comment. However, Kenahan's BrokerCheck report does include his comments on the matter. That section states that "the transactions giving rise to the customers' allegations were executed at the customers' direction. The allegations resulted in arbitrations and settlements. I was not a party to the arbitrations; I had no say in the firm's decision to settle the claims; and I was not asked to make any payment as part of the settlements."