Views of the daily commute into Boston from the west are about to change significantly as construction gets underway on a new high-rise.

The Fenway Center project will go up over the Massachusetts Turnpike between Beacon Street and Brookline Avenue as part of a long-planned redevelopment of the neighborhood. The 350-foot tower will be dedicated to the life sciences.

The Massachusetts Department of Transportation secured a $55 million deal with the developers to rent the air-rights for the structure, the Boston Globe reports.

The work begins with a $200 million steel deck just to hold up the structure, which is a two-year project in and of itself, according to the Globe. One lane will be closed on the Mass Pike in each direction during the construction, according to transportation officials.

The building complex will house stores and even some green space, as well as new walking paths over the highway could make it easier to get around the area.

Developers do not yet have any renters lined up to occupy the building. 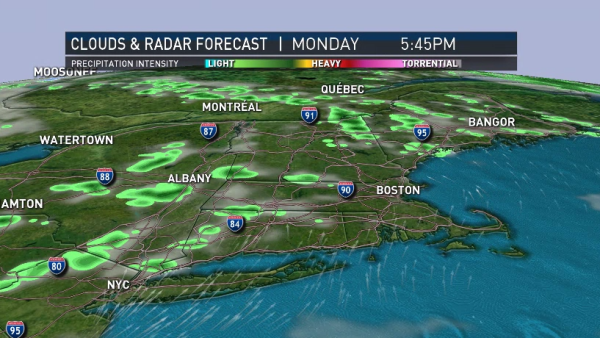 Chance of Showers, Otherwise Warm Spring Weather for a Couple of Days