The governor ended his activation order for 1,000 members of the Massachusetts National Guard on Monday and acknowledged the move was made in response to potential protests.

"The way we handle almost everything associated with state police and the Guard is driven by outreach from local communities," Baker said Tuesday.

With between 45 to 50 events scheduled across the region over the weekend, he said he heard from multiple municipal officials asking if the state would provide support if any of the gatherings got too large.

Baker's initial order, which was announced Friday, did not give a detailed reason for the activation.

His administration said at the time the order was given "in the event that municipal leaders require their assistance." But the call-up coincided with a weekend that saw violence crop up at and around demonstrations over policing and racial justice in other parts of the country.

The governor also spoke Tuesday about the Massachusetts primary election, saying he has the utmost confidence in the mail-in voting system.

The MBTA announced Tuesday that improvements to the Green Line have been completed.

"I don't anticipate we're going to have issues with this," he said. "I think the integrity of the process is actually quite high."

Baker said he voted by mail himself, and revealed that he voted for Republican Kevin O'Connor in the U.S. Senate race.

"He's a terrific lawyer, he knows a lot about the local and state government issues I care the most about and I think he's the best candidate," he said.

Tuesday's press conference was called to celebrate the completion of 28 days of accelerated improvements on the Green Line's E branch.

The MBTA took advantage of decreased ridership and traffic to complete work that would have required a year's worth of weekend shut downs in less than a month's time.

MBTA General Manager Steve Poftak said similar improvements were also made on the Green Line's C and D branches in recent weeks. Additional work was done on the Red and Blue lines. 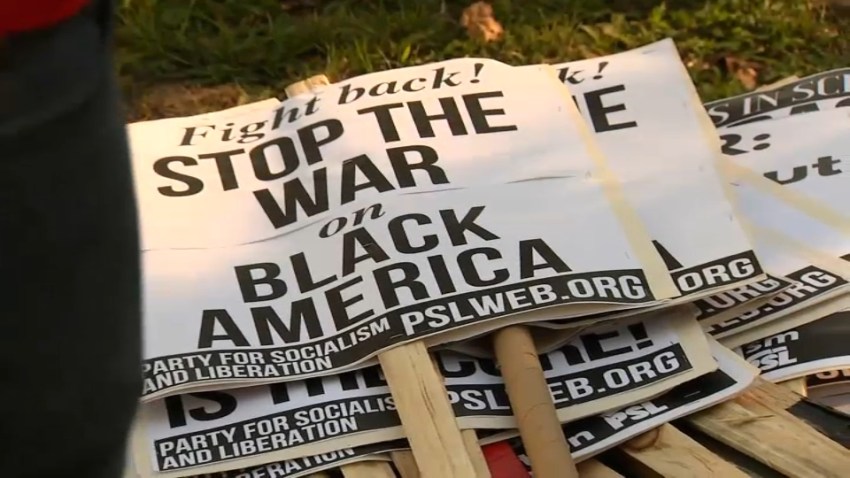 Gov. Baker Has Deployed the National Guard in Massachusetts. Here's What We Know