Vermont's Only Congressman Announces Run for Rare US Senate Vacancy

Rep. Peter Welch, a Democrat, is seeking the seat held for nearly half a century by Sen. Patrick Leahy, and he's already got a key Senate endorsement

Vermont's lone member of the U.S. House of Representatives has announced he is seeking election to the U.S. Senate in 2022.

Rep. Peter Welch, D-Vermont, made it official Monday morning, writing, "We are at a pivotal moment" in U.S. democracy.

"The result of this election will determine control of the Senate and with it, what we can accomplish for Vermont families," Welch's campaign kickoff statement said. "If Vermonters elect me to the U.S. Senate, I will be ready to fight for progressive change on day one."

Welch, 74, was first elected to represent Vermont in the U.S. House in 2006 and is serving his eighth term.

Vermont’s lone member of the U.S. House of Representatives has announced he is seeking election to the Senate in 2022.

Welch pointed to the COVID-19 pandemic, climate change and racial justice as key issues motivating him in the upcoming U.S. Senate race.

The position is opening because Sen. Patrick Leahy, D-Vermont, ended months of speculation about his political future last week in announcing he would not seek re-election, opting to retire at the end of his current term, after nearly a half century in office.

In a 1-on-1 interview Monday, Welch said his experience in the House and connections he has built in Washington will enable him to hit the ground running day one in the Senate.

"It's about building relationships and creating trust," Welch said. "We can't reverse our effort to deal with climate change. We can't relent on our defense of democracy. And those are at stake, right now."

After serving eight terms in the U.S Senate in Vermont, Patrick Leahy is calling it a career.

Last week, following Leahy's announcement he will retire in early 2023, the Vermont Republican Party said it aims to switch the Senate seat from blue to red.

On Monday, following Welch's announcement, the party released a statement saying it is actively recruiting its own candidates to vie for the seat and other offices.

"Peter Welch is a relic of the past, and it's time for Vermonters to choose a candidate with an eye on the future," Paul Dame, the chairman of the Vermont GOP, said in a recorded video message released Monday. "Vermont and America need new leadership, not the same old same old."

Vermont's highest-profile Republican, Gov. Phil Scott, has repeatedly said he is not interested in serving in Congress.

"The Trump party is going to be ferocious," Welch predicted in the interview, noting he expects an avalanche of outside money will try to influence the 2022 election -- and with it, possibly control of the Senate.

Decrying gridlock in Washington and a love for what he can do in his current job, Gov. Chris Sununu said he won't be challenging Sen. Maggie Hassan in 2022 and will instead run for reelection.

Welch's pursuit of a Senate seat leaves new questions about who will run for the U.S. House seat -- which represents the whole state, due to Vermont's small size and population.

Three possible Democratic candidates for the House each praised Rep. Welch's announced Senate candidacy Monday when asked for an update on their intentions.

"I'll be taking some time over Thanksgiving, I'll be at the farm, I'll be seeing my family, and we'll make a decision after that time," Lt. Gov. Molly Gray said.

"You can bet that over the next few days and weeks I will be making a decision about the next steps for me," said Sen. Becca Balint, from Windham County, who serves as the Vermont Senate president pro tempore.

"I haven't made a decision yet," said Sen. Kesha Ram Hinsdale, from Chittenden County. "But I really am strongly considering becoming Vermont's fighter in Washington in the Congressional seat."

The Vermont legislature stated its session Wednesday with most operations happening remotely due to the pandemic. This year, more women will be playing major leadership roles.

Vermont is the only state to have not yet elected a woman to serve in Congress, a fact the nonpartisan Vermont Commission on Women has lamented.

"Vermont should never be last in something like this again," Lisa Senecal insisted in August 2020.

Senecal co-chairs the commission, which works to advance opportunities for women and girls.

"Women's voices are important," Senecal said in that interview. "We are representing more than 50% of the population in our state, that does not have female representation at the federal level, and that really has to change."

As for the Senate position, which Welch said he is "all in" on, the newly announced candidate has already picked up a big endorsement, from Vermont Sen. and former presidential candidate Bernie Sanders.

Sanders, an independent who caucuses with the Democrats, chairs the Senate Budget Committee.

"Peter has the knowledge and experience to fight for a government that works for all, not just the wealthy few," Sanders wrote in a tweet Monday morning. "That's why I'm proud to endorse Peter today and look forward to serving with him in the Senate."

Sen. Patrick Leahy, D-Vermont, ended months of speculation about his political future last week, when he announced he would not seek re-election 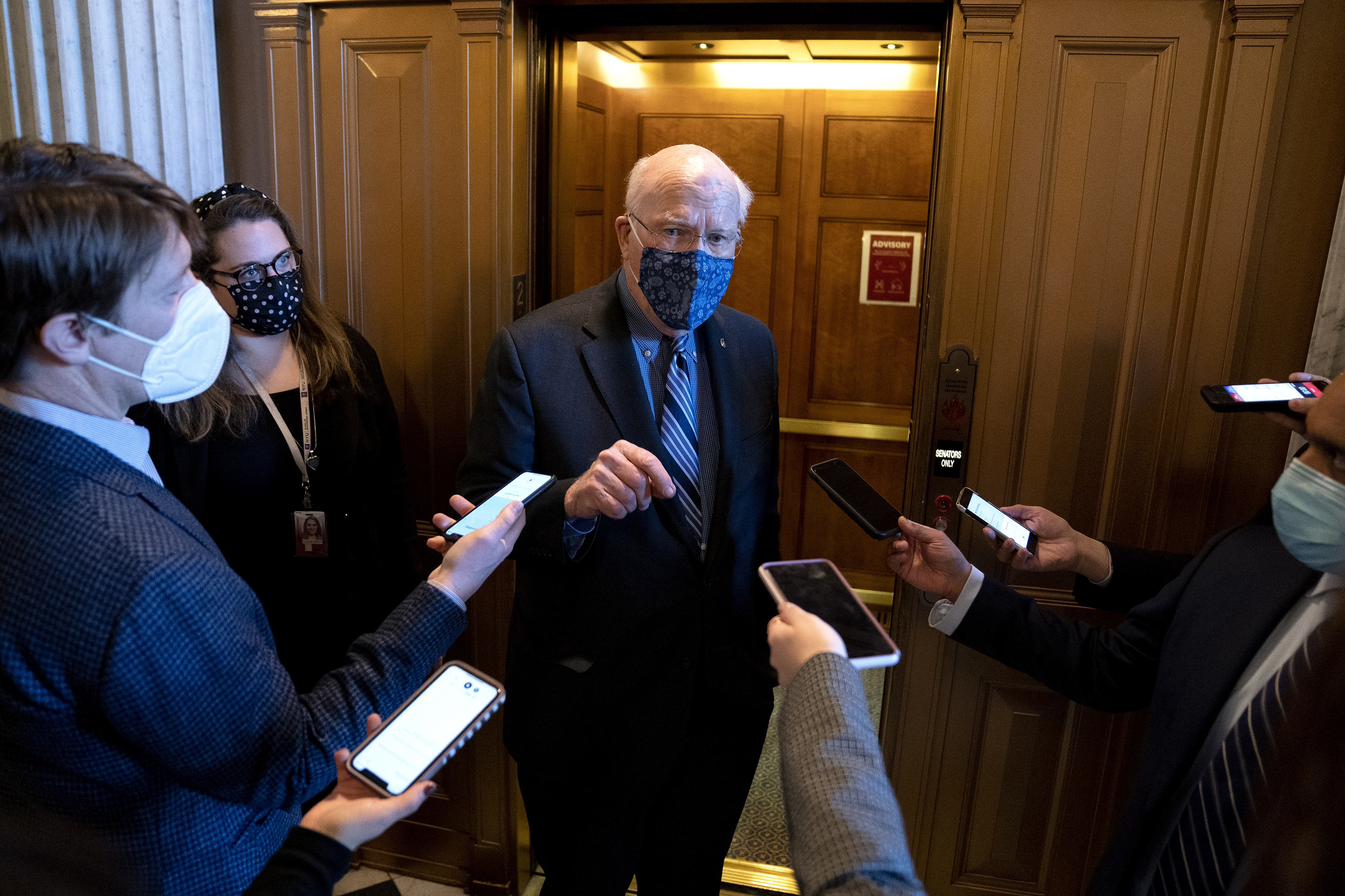 Leahy Retirement Sets Off Scramble for Successor in Vermont 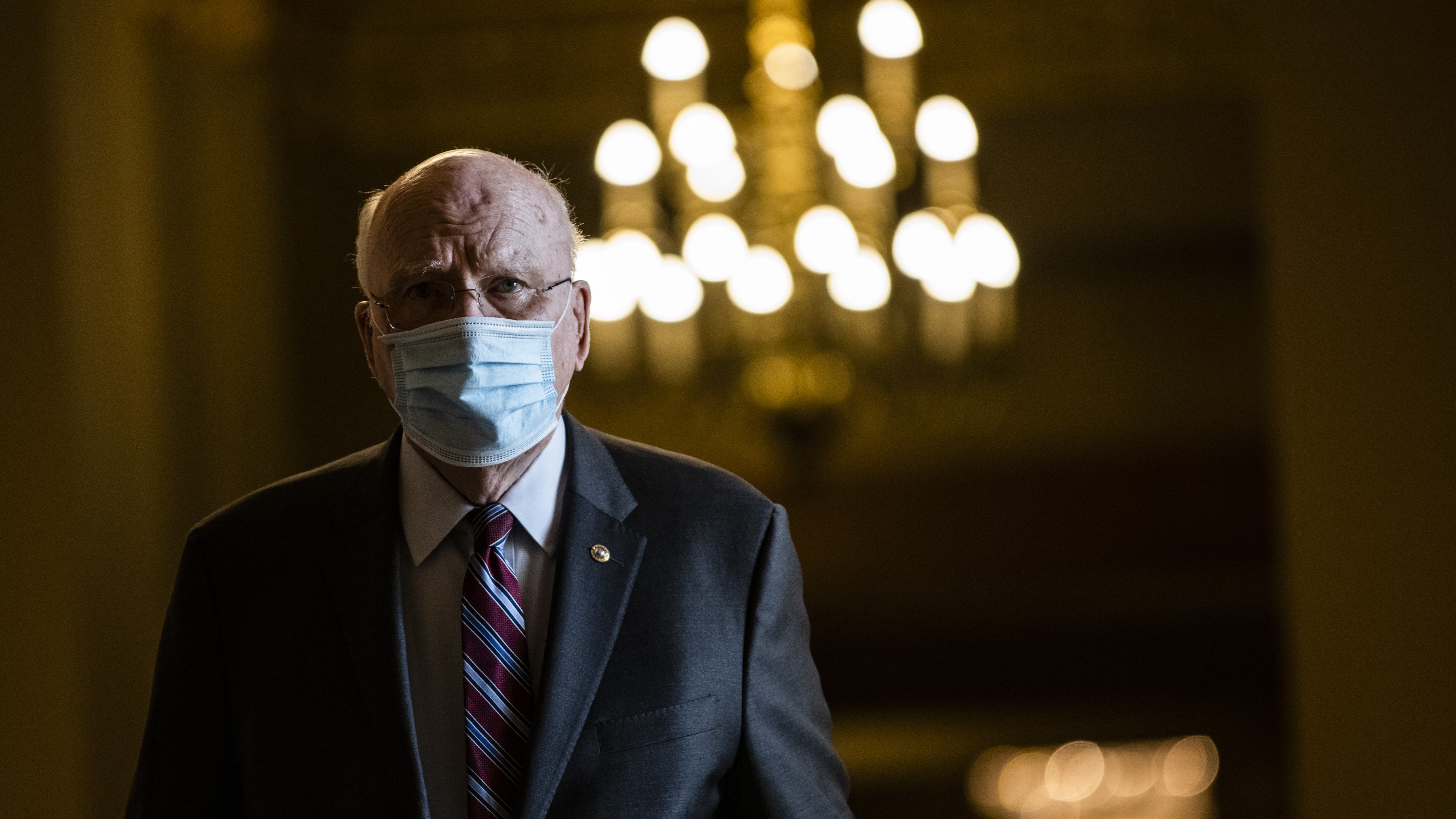