Four people, including a mother and her son, have been arrested in connection with an alleged North Shore drug ring that flooded communities with fentanyl, Acting U.S. Attorney for Massachusetts Nathaniel Mendell announced Wednesday.

Mendell said federal agents on Wednesday arrested Vincent Caruso and three associates for flooding communities in the North Shore and as far away as Maine with tens of thousands of fentanyl pills, laundering money and documenting the illegal activities on social media.

Caruso, 26, and Ernest Johnson, 33, both of Salem, were charged withconspiracy to manufacture, distribute and possess with intent to distribute 400 grams or more of fentanyl in addition to charges related to money laundering and illegal firearms.

Cesar Riviera, 22, of Revere, was charged separately with possessing controlled substances with intent to distribute and conspiracy to possess and use a firearm in furtherance of a drug trafficking crime. He was not arrested because he is already in state custody on related charges.

Mendell said Caruso was recorded on his phone bragging he had six pill presses, each of which could produce hundreds of pills per hour, and that footage of the presses in action were posted to social media.

One of the associates, Ernest Johnson, posted videos to social media documenting violent crimes including shootings and beatings.

"The brazenness of (this operation) is remarkable and we believe makes for very strong evidence," Mendell said.

Authorities seized some 3,000 pills in operations in this morning, and have seized some 40 guns as part of the operation. 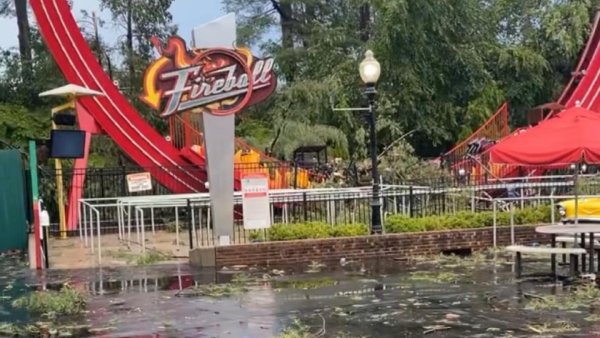 Danvers Man Accused of Shooting and Killing His Dog