The requirement had some Canadians simply not wanting to bother with driving to places like Vermont, believing getting COVID tests was too onerous

Communities on the U.S. side of the northern border are grateful for what appears to be a significant policy change coming from the Canadian government, which should make day trips or weekend getaways to the States more appealing to Canadian travelers.

Wells was referring to reports from Canadian news agencies that the government there will announce that a COVID-19 testing rule that many Canadians said had kept them from wanting to cross the border and visit communities like Williston will be eased.

The rule change would remove requirements following short trips taken by the fully vaccinated travelers, according to news reports.

The U.S. land border with Canada reopened to non-essential tourist travel Monday, but some people say Canada's rules on return trips means they're still holding off on coming south.

As NECN reported earlier this month, when the U.S. border reopened to fully vaccinated leisure travelers from the north, Canada had a rule that said, upon their return, they’d have to show a fresh negative COVID test — and not a rapid test.

“An appointment is really hard to get,” said American-born Sandy Pearce, who now lives on the Canadian side of Niagara Falls.

Pearce, one of the leaders of the cross-border lobbying group Families Are Essential, said the testing mandate was just too expensive and time consuming, so called the expected rollback a game-changer.

“I’m going to be able to go over on a daily basis now and take care of my elderly parents,” Pearce said. “I hope this never separates us again.”

For Williston’s big box stores and indie businesses alike, the timing is perfect, Wells said. The change should let them ring up holiday sales to more Canadians, he predicted confidently.

“We certainly welcome our Canadian neighbors back,” Wells said. “We’ve missed them.” 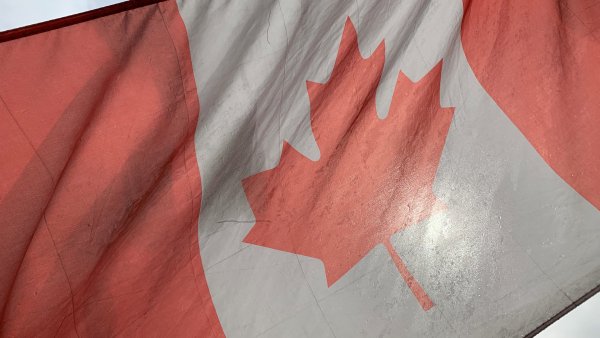 US Land Border Reopens to Leisure Travelers From Canada. So What's the Catch?

Vt. Community Cheers News That Border With Canada Will Reopen: ‘We've Missed Them'

Sugarbush Resort in Vermont’s Mad River Valley was glad to read reports indicating Canada’s policy shift would cover any trip to the States lasting under 72 hours.

“It’s really a boon for the ski industry,” said John Bleh of Sugarbush.

Bleh said Canada is a significant market for Sugarbush, along with Boston, New York and Vermont.

The land border with Canada fully reopens to leisure travelers on Monday, and in Vermont, residents are excited to welcome visitors.

Tests will still be required to return to Canada following stays longer than three days, CBC News reported. Additional rollbacks are expected in the future, which should include easing requirements on fully vaccinated Americans traveling north.

Some members of Congress representing border states, including Rep. Brian Higgins, D-New York, have argued the different approaches to the pandemic between the neighboring countries have been really confusing and frustrating. Higgins called this week for more cohesive policies on this and other issues moving forward.